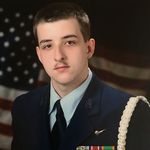 Wyatt Marsh, age 21, passed away unexpectedly on Tuesday, April 6th 2021 at his home in Manchester, NH. He was born on July 15th 1999 in Derry, NH. Wyatt graduated from Pinkerton Academy and The P.A.C.E program in 2018. During his time at Pinkerton he was a member of the AFJRROTC Program for four years. During this time he earned the Airman of the year award in two of those years. He also participated in their leadership school with...