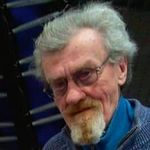 William "Bill" Kerton, 73, of Manchester NH, passed away unexpectedly on April 2nd, 2021 at the Elliot Hospital in Manchester NH. He was born on April 27, 1947 in Lawrence, MA to the late Vincent & Helen (O'Dea) Kerton. Bill was raised in Methuen, MA and later lived in Manchester where he would go on to live out the rest of his days. After finishing school he would go on to serve in the US Army. Anyone who was lucky enough to have known him...