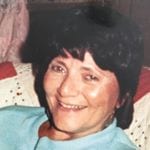 Sally Ryan, 89, of Manchester died peacefully on August 1st at The Elms Nursing Home in Milford. The daughter of Alex & Caludia Rosenzweig, Sally was born in Brooklyn, New York on February 16th, 1930 and moved to Manchester in 1941 where she raised her family. Sally had many friends at Central High School in Manchester where she graduated, and she participated in reunions for decades following her graduation. In her working life, Sally was a...