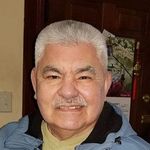 Roman Marin, 77, of Manchester, passed away at Catholic Medical Center on June 2, 2020. He was born in Atalaya, Panama on February 28, 1943, son of Sixto and Modesta (Gill) Marin. While living in Panama, he worked in the military zone on the Panama Canal. After moving to the United States, he was a butcher for Shaw's Supermarket. He was a devout parishioner of St. Augustin Church. Family members include his wife of 43 years Lilia (Joseph)...