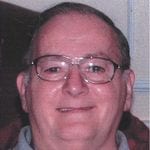 Roger Lachance (Papa), 79 of Manchester, New Hampshire passed into the arms of his eternal father on August 1, 2019 following a long and courageous battle with Parkinson's Disease. He was born on May 16, 1940 in Manchester, New Hampshire. He is predeceased by his mother Elizabeth, his father Henry, and his brother, Edmond of Lincoln, Nebraska. Roger had many talents. He was a graceful ice skater and dancer, had the ability to skillfully...