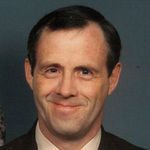 Roger B. Walters, 74, of Dade City, FL and formerly of Hooksett, NH, passed away at his residence in FL on January 4, 2018. He was born in Peabody, MA on July 17, 1943, son of the late Alfred and Rosa (Hitchman) Walters. Roger was a graduate of Maine Maritime Academy where he received a BS degree in marine engineering. He also was a graduate of Lowell University where he received his MBA degree. He was a United States Navy veteran, serving...