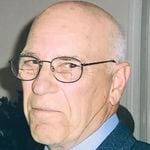 Robert Joseph Paquin, Sr., 83 of Manchester passed away at his residence with his family by his side on September 14, 2018. He was born in Manchester on November 25, 1934, the son of Armand A. Paquin and Zoë (Desilets) Paquin Gill. He was in the Air National Guard with the 101st Fighter Group and also the 133rd Refueling Group. He was employed with Auclair Trucking with the Teamsters Union until the mid 1980's. Subsequently, he worked in...