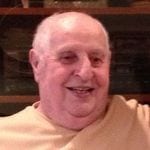 Robert H. Carr, 90, of Manchester passed away on May 22, 2019 at the Community Hospice House in Merrimack. He was born in Manchester on June 9, 1928, the son of John and Agnes (Desrochers) Carr and had been a lifelong resident of the city. He was a United States Air Force Veteran and served during the Korean War. Bob was a heavy equipment operator throughout his career. He had worked for R.G. Watkins, Weaver Brothers, and Midway before...