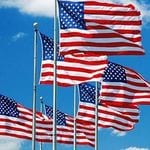 ROBERT EDMUND FILLION LITTLETON, NH -- Robert Edmund Fillion, 97, died peacefully December 31, 2019 at Grafton County Nursing Home. Robert, better known as Bob, was born December 16, 1922, son of the late Antoinette Lehoux Fillion and Cyrille Fillion. Robert was a World War 2 veteran, bravely serving in the Navy from 1942-1945 in the Pacific Theater as a belly turret gunner on a B-24 Liberator. For his valorous service during direct...