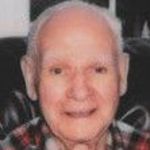 Robert D. Plaisance, 86, of Goffstown, NH died on Friday, September 25, 2020 at the Hillsborough County Nursing Home. Bob was born on June 9, 1934 in Manchester, NH, son of the late Hilarion and Lumina (Descoteaux) Plaisance. He was predeceased by his wife of 51 years, Therese, along with his seven siblings. He was a veteran of the United States Navy during the Korean War. Bob was employed at First National Stores for 32 years and later...