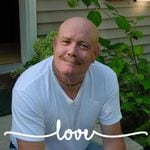 Robert Wayne Carr, 59, died January 3, 2020 at home in Webster, New Hampshire. He was born on December 31, 1960 in Albuquerque, New Mexico, the second child to Carole Carr (Brown). He grew up alongside his brothers and sister in Milton, Pennsylvania where there was never a dull moment. He graduated from Milton High School in 1979. Bob served in the United States Navy from 1979 to 1983. While deployed on the Kitty Hawk he traveled the world,...