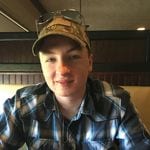 Ricky Allen Simpkiss, Jr., 24, of Manchester, passed away on February 11, 2020. Born in Manchester, he is the son of Ricky A. Simpkiss, Sr. and Melissa (Betsakos) Simpkiss. Raised and educated in Manchester, Ricky was a graduate of Memorial High School. Recently, he was employed as a mail handler with the United States Postal Service. A beloved son, brother, uncle, and friend, Ricky's family was paramount in his life. The son of a Marine,...