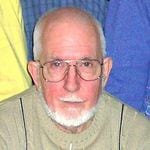 Richard E. "Dick" Allard, 81, passed away on December 10, 2019. Born in Manchester on April 5, 1938, he was a son of the late Elphege and Jeanne (Chouinard) Allard. Dick was a lifelong resident of Manchester, NH. He proudly served in the United States Navy as an Aviation Electronics Technician. He also worked for Sanders/BAE Systems as a machinist, retiring after many years of employment. In his younger years, Dick enjoyed hunting and...