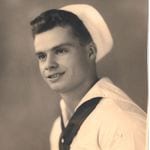 Raymond A. Couture, 88, of Manchester, passed away at Catholic Medical Center on May 1, 2019 after a short illness. He was born in Manchester on May 3,1930, the son of Albert and Bernadette (Larochelle) Couture and had been a lifelong resident of the City. He graduated from West High School in 1948 and was a United States Navy Veteran where he served as a medic aboard the USS Amphion AR13 during the Korean War. He worked as a leather cutter...