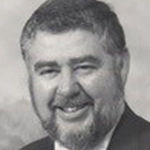 Ralph Peter Madsen, 86, of New Boston died on Wednesday, April 18, 2018 at the Catholic Medical Center, in Manchester. Mr. Madsen was born on April 8, 1932, in Boston, MA, the son of the late Arthur C. and Greta (Peterson) Madsen. He was a longtime resident of Hollis, NH. He was a veteran and served in the United States Army. Prior to his retirement, Mr. Madsen was employed as the national sales manager for Nalge Sybron Corporation. He...