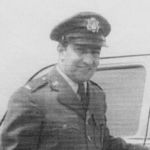 Nicholas G. Kalipolites, 92, of Manchester, passed away peacefully on Wednesday, March 14, 2018 at the Elliot Hospital, surrounded by his loving family. Born in Manchester, he was the son of the late George and Athena (Marcoux) Kalipolites. Raised and educated in Manchester, Nicholas was a graduate of Manchester Central High School, Class of 1943. Nicholas earned his Associate's degree from the NH School of Accounting and Bachelor's degree...