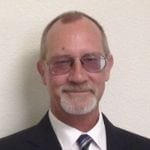 Michael L. Kimball, 64, of Manchester, passed away peacefully on Friday, July 6, 2018, at the Elliot Hospital, Manchester, surrounded by his loving family. Born in Albuquerque, NM, he is the son of the late Louis and Ruth (Basford) Kimball. Michael was raised as an Army brat who went on to serve as an officer in the United States Army after earning his Master's Degree in Psychology from the University of Nebraska. He earned a second Master's...