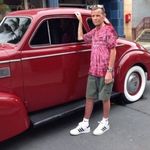 Michael Kevin Johnson, 63, of Brattleboro, VT passed away on October 26th after a period of declining health at Brattleboro Memorial Hospital. He was born on May 1, 1957 in Brooklyn, NY to the late William and Ann (Chase) Johnson. Once graduating high school, he went on to honorably serve in the United States Army. He later spent his career as a janitor at Vermont Yankee. Michael was a man of faith and was both a parishioner and volunteer...