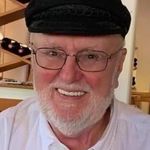 Michael John Diamantopoulos, 71, passed away on Sunday, December 13, 2020 at the Catholic Medical Center in Manchester surrounded by his beloved wife and two children. Mike was born on August 20, 1949, in Manchester and was the son of the late John and Ginette (Bue) Diamantopoulos, the third of eight children. He graduated from Manchester Central High School, then served 4 years in the Air Force before returning to his hometown in New...