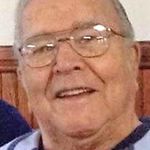 Malcolm Wallace Higgins, 84, passed away at his home on February 5, 2018. Born in Mapleton, ME on November 15, 1933, he was the only son of the late Wallace and Lillian (Dow) Higgins. Malcolm was raised in Mapleton, ME, where he lived until he started attending Gordon College in Boston, where he met his wife of 62 years, Ruth (Heggem) Higgins. He also attended Rutger's University, where he earned his Master's Degree. Malcolm spent his career...