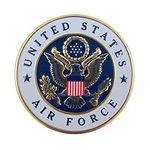 Louis Edward Phanuef, 84, of Nashua, passed away following a period of declining health. Louis was born in Franklin, MA November 17, 1934 to Joseph F. and Catherine M. (Brown) Phaneuf. He was a United States Air Force Korean War veteran and an avid golfer. He was Principal Engineer with BAE Systems and moved to Nashua, NH when the company relocated. Louis is survived by his children, Eric W. Phaneuf, Julie Gaffey, Paul Phaneuf, and...