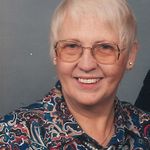 Lillian C. (Christopherson) Pendlebury, 83, of Manchester, NH, passed away peacefully after a lengthy illness on Tuesday, March 27, 2018, at Mount Carmel Rehab and Nursing Center in Manchester, NH. She was born on October 17, 1934 in New Britain, CT to the late Reider and Beda (Magnuson) Christopherson. She was raised in Connecticut, and received her Bachelor's Degree in Music from Gordon College in Wenham, MA. She served as organist at West...