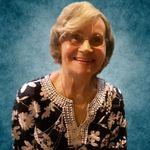 Former Mayor Beaulieu's Wife Passes On Saturday, April 17, 2021, Laurette P. Beaulieu passed away at the age of 87 from Alzheimer's Disease. Born in Manchester, she was one of nine children born to Albert J. and Clarida (Bourassa) Boisvert. She was raised in Manchester and educated in its Catholic schools. In 1954, she married Normand A. Fournier. They raised three children, Deborah, David and Steve, until his death in 1966. In 1995, she...