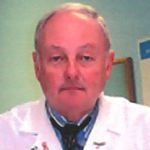 Kevin R. Costin, 71, of Manchester, NH passed away on Wednesday, December 2, 2020 at Brigham and Women's Hospital in Boston, MA. With him were Kevin, Eric and Carol. Kevin was born on January 20, 1949, in Yonkers, NY, the son of the late Edward and Helen (Rondeau) Costin. He was a veteran and served from 1968 - 1972 in the United States Air Force. Following his service, Kevin graduated from Cuyahoga Community College in June 1974 with an...