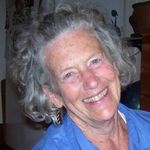 Katharine Wylie of Brattleboro died at home on January 15th at the age of 77, after a brief battle with cancer. Kate grew up in Sudbury, MA, daughter of Craig and Angela Wylie. She is predeceased by her sister Charlotte and survived by sibling Moira, Meg, Andrew, and Jennifer. After graduating from the Winsor School, then Barnard College in 1965, she worked for the Department of Public Welfare in New York City, where she met her first husband...