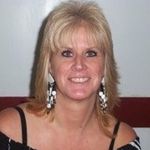 Justine Lee (Bournival) DaCosta, 56, passed away at her home on February 18, 2018. Born on February 21, 1961 in Nashua, NH, she was daughter of Fernand and Irene Bournival. Justine spent her childhood in Merrimack, NH. She later moved to Nashua, where she raised her family. Justine worked as a bartender for many years at many private clubs in Manchester and Nashua, as well as Pub Grainery. She also was employed at RJ's Motorsports. A devoted...