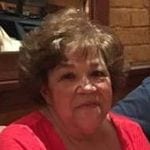 Joyce (Lemelin) Morelle, 72, of Nashua NH, passed away on September 3rd, 2019 with close family by her side. Born on August 28th, 1947 to Emile & Theresa (Coderre) Lemelin, Joyce would go on to spend most of her life in Lawrence MA, and later New Hampshire. Joyce graduated from Lawrence High School, and would work on raising her 2 daughters until she decided to work at the Derry News and RCA Fuel Assistance from which she would later retire. ...