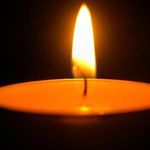 John E. Bailey, 81, died Sunday, October 14, 2018 surrounded by family at his daughter's home in Warner. He was born on March 30, 1937 in Manchester, son of the late Arthur F. and Margaret (Gage) Bailey. John had 10 years of schooling prior to joining the US Air Force at the age of 17. After serving four years in the Air Force he returned home and worked at Swanson Tool & Die. Later he moved to Penacook and worked for many years at Ferns Oil...