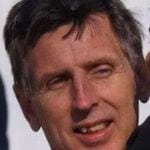 James Gerard Cusson, 58, passed away unexpectedly on Saturday, October 6th following a motorcycle accident. Born in Rome, NY on September 3, 1960, he was son of Gerard and Bertha (Henderson) Cusson. He enjoyed 17 years of marriage with his wife, Colette (Langevin) Cusson, with whom he raised five children. A 1978 graduate of Manchester West High School, James went on to proudly serve in the Air Force following high school. He served for eight...