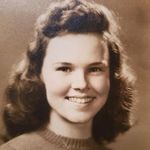 Isabelle M. Rousseau, 95, of Candia, NH passed away at Elliot Hospital on April 5, 2021. Born in Exeter, NH on April 19, 1925, she was daughter of the late John and Eleanor (Whitehouse) O'Donnell. She shared 67 years of marriage with her late husband, Lionel Rousseau. Isabelle was raised in Newmarket, NH and was educated at Sacred Heart School of Nursing. She had a long career in nursing, including 20 years as the Director of Nursing and...