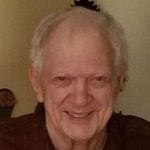 Harry C. Rees, Jr., 87, of Manchester, NH, died peacefully in his home on Thursday, February 6, 2020. A veteran of the Korean War, he was assigned to the 57th Field Artillery Battalion and was the receiver of several service medals. Harry was born on September 21, 1932, in Pisgah, MD to Harry C. and Elizabeth M. (Burgess) Rees, Sr. In 1952, he joined the U.S. Army where he completed basic training at Ft. Still, OK. He served in Korea from May...