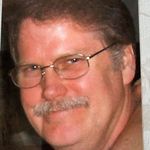 Littleton - Gordon L. Fisher passed away on March 24th 2021 after a long standing illness. Gordon was born to Roland and Lorraine Fisher (Griffin ) on April 18th 1964 in Littleton N. H. He was predeceased by both parents and brothers Jerry L. and Douglas N. Fisher. Gordon leaves behind his wife Barbara Fisher, two daughters Kari Ann Rives and Kristi Grimard and 5 grandchildren. Gordon is also survived by his much loved sister Elizebeth Chase ,...