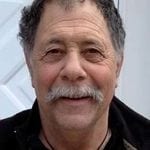 Gilles C. LaPorte, 67, of Deering passed away unexpectedly on Wednesday, December 4, 2019 at home after a brief illness. He was born in Magog, Canada on February 28, 1952 as the son of the late Andre LaPorte and Lucille (Bergeron) Sutherlein. Gill moved to the United States with his family at a young age and began a lifelong career as a self-employed carpenter and builder as a teenager. He enjoyed passing along many of these skills to his two...