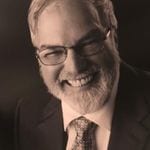 Gerard Robert Joseph Fauvel, 69, of Salem NH passed away unexpectedly on October 24, 2018. He was born in Amesbury, MA on January 24, 1949 the son of the late Andre and Jeannette (Lacourse) Fauvel. Gerard was proud to have served his country in the United States Army from Dec 1969 to May 1971 achieving the rank of SP5. He later received a Bachelor's Degree in Business Administration and worked for Sanders Associates in Nashua for over 25...