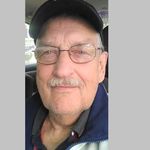 George Chase Snell, Jr., 77, of Manchester, NH, son of the late George and Eva Snell, passed away at the White River Junction VA Medical Center, early February 16, 2019 after a long illness and complications from surgery. Born in Springfield, VT December 27, 1941, and raised in North Springfield, Vermont, George, known as Junior, attended Springfield High School (1960), then joined the United States Marine Corp in May 1959 and served as a cook...