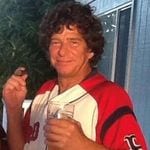 Gary R. Wilcox (59), of Manchester NH, passed away on January 28th, 2020 in Spartansburg South Carolina. Gary was born on February 23, 1961 to Robert & Estelle (Cantara) Wilcox in Manchester NH, and would later move to South Carolina to be closer to his two daughters Staci & Tara. Gary served in the US Army and was always proud of his service up until his passing. After his service, Gary worked as a machinist for the Velcro company in...