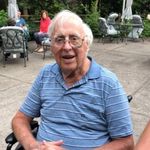 Frederick Wesley Huntley, 90, died July 30, 2020 at Pine Heights Nursing Home in Brattleboro, VT. He died peacefully after a period of declining health. He was born on August 27, 1929 in Brattleboro VT, the son of M. Wesley Huntley and Edith Ingalls Huntley. Fred graduated from Brattleboro High School in 1947, and then served in active duty as part of the Vermont National Guard during the Korean war. He attended Bentley College in Boston...