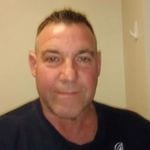 Frederick O. McConnell Jr., 54, of Manchester, NH passed away on August 4, 2019. Born in Boston, MA on September 9, 1964, he was a son of Frederick O. McConnell Sr. and Dorothy (Kelley) McConnell. Frederick served in the Army National Guard Reserves in his younger years and had recently been employed by Velcro in Manchester. He was a devoted Patriots fan and looked forward to football season each year. He is survived by his father,...