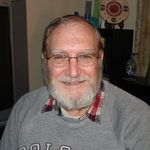 Frederick Lawrence Moss III, beloved husband, father and grandfather, passed away on July 31, 2020, at the age of 88. He was born on May 18, 1932, in Norwood, Massachusetts, the son of Frederick Lawrence Moss II of Windsor, Nova Scotia, and Hilda (Royce) Moss of Jaffrey, New Hampshire. He spent his early years in Canton, Massachusetts, and then moved to New Boston, New Hampshire, with his family in 1941, at the age of nine. Fred graduated...