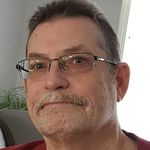 Frank George Allen, 70, of Goffstown, NH passed away peacefully on February 29, 2020 after a brief illness. He was born on June 25,1949, the son of Catherine and the late Henry Allen of Bedford, NH. Frank attended Manchester West High School, where he played baseball and basketball. After graduation he enlisted in the U. S. Air Force and served his country in Viet Nam. Following his honorable discharge, Frank began a 31-year career at the...