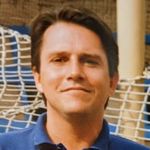 Frank Bertram Bowser III, 72, of Meredith, NH, passed away on February 2, 2021 at Lakes Region General Hospital. Born in Boston, MA on December 31, 1948, he was a son of the late Frank and Kathryn Bowser. Frank was raised in Salem, NH. He joined the United States Army in 1969 and proudly served as a special agent in the Pentagon. He later attended Sacred Heart University, University of Connecticut and McIntosh College, receiving degrees in...