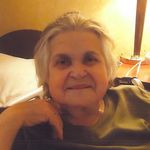 Eleni Broulidakis, 88, of Manchester, NH passed away after a long period of declining health on February 5, 2019. She was born December 22, 1930 in Pireas, Greece, daughter of the late George and Katarina Louvari. She enjoyed 53 years of marriage with her late husband, Emmanuel Broulidakis. Eleni was raised and educated near Athens, Greece. As a young child, she survived the German Occupation of Greece during World War II. In 1970, she and...