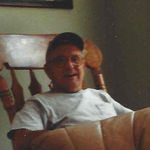 Edward Vieira, 86, of Manchester, passed away peacefully on Friday, March 30, 2018, at the Elliot Hospital surrounded by his loving family following a lengthy illness. Born in Manchester, NH, he is the son of the late John and Carolina (Gomes) Vieira. An honorably discharged veteran, Edward proudly served his country as a member of the United States Army, from 1952 to 1954. Following his military career, Edward held a variety of positions...