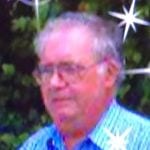 Donald H. Camley, 66, passed away surrounded by his loving family on September 4, 2019. Born in Newport, VT on April 10, 1953, he was a son of the late Bernard Camley Sr. and Marie (Goad) Camley. Donald spent his childhood in Albany, VT and graduated from Lake Region High School in Orleans, VT. He moved to New Hampshire in his 20's, raising his family in the Pittsfield area. He worked for Suncook Leathers, and later Lavoie Pools, from where...