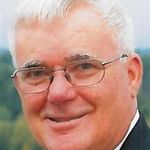 Denis J. Cote, 78, died on Tuesday, January 1, 2019, surrounded by his loving family after aperiod of declining health. He was born in Asbestos, QC, Canada, on December 9, 1940, the son of Gerard and Jeannette (Geoffroy) Cote. In 1963, he married Angele Pinard, who he met while living in Asbestos. He was educated in his hometown of Asbestos as a plumber and steamfitter. He came to Manchester in 1960 to work on his trade. He later joined...