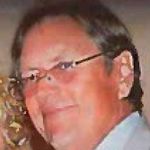 Dean Edward Ward, 59, of Hooksett NH, passed away on January 17th, 2019 after a long and courageous battle with cancer. Born on May 29, 1959 to William & Gesela (Degen) Ward in Frankfurt Germany, Dean would later emigrate to the United States where he would eventually marry Helen (McDoal) Ward, with whom he spent his final years happily married. Having served in the US Army as a helicopter medic in the 68th medical detachment for over 10...