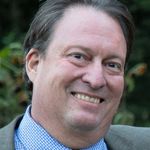 David George Udelsman, 56, of Hollis, passed away at Brigham and Women's Hospital in Boston on December 17, 2020. He was born in Washington Township, NJ on July 16, 1964, the son of Fred and Grace (Focht) Udelsman. He attended Rensselaer Polytechnic Institute from 1982 to 1987 and received his bachelor's degree in architecture. In 1990 he became a registered architect in the State of NH and started Udelsman Associates in Derry the following...