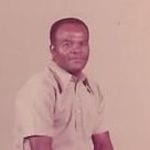 Curney "Ben" Russell, 82, of Manchester, passed away peacefully in his sleep March 11, 2019. He was born in Kingston, Jamaica on January 2, 1937. He came to the United States in his late thirties and found his forever home in Manchester, NH. He was a hard worker who worked seven days a week until he was eighty years old. His livery service which he owned and operated for twenty years made him a staple at the Manchester airport. There wasn't a...