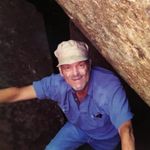 Carl Panzieri, 64, of Auburn, NH, passed away unexpectedly on January 1, 2018 at Parkland Medical Center. He was born on September 19, 1952 in Manchester, to the late Nello and Vivianne (Carrigan) Panzieri. He was married on March 19, 2005 to Shirley Panzieri. He was a lifelong resident of Auburn, still residing in his childhood home. He attended Manchester Memorial, and received numerous licenses and certifications for Plumbing. He was...