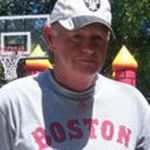 Brian C. Randlett, 56, of Coolidge Avenue, Manchester, NH passed away peacefully at home on January 2, 2018, after injuries sustained in an accidental fall. He was born in Manchester, NH on March 19, 1961 the son of Eugene and Elizabeth Randlett of Allenstown, NH and Charles E. Dennis Jr. of Manchester, NH. Brian enjoyed his 10 year employment with the Way Home up until an injury forced him into early retirement. One passion of his was...